If you’re a fan of fast and stylish supercars, you may well have caught the recent Channel 4 programme, Supercars: The Million Pound Motors, that graced our screens on the 8th April this year. The more eagle-eyed among you may also have noticed a familiar face paying the Tom Hartley dealership a visit – yes, that’s right, Simply Registrations’ very own James Saperia.

James had joined a group of members from Supercar Driver, when they headed to the dealership in Swadlincote to see what was on offer for these keen supercar owners & collectors. Simply Registrations’ 5 seconds of fame showed Carl Hartley, son of Tom Hartley Senior, chatting to James as he sets out to prove that he’s ready to step into his dad’s shoes and start selling supercars, rather than just being involved in the buying process. 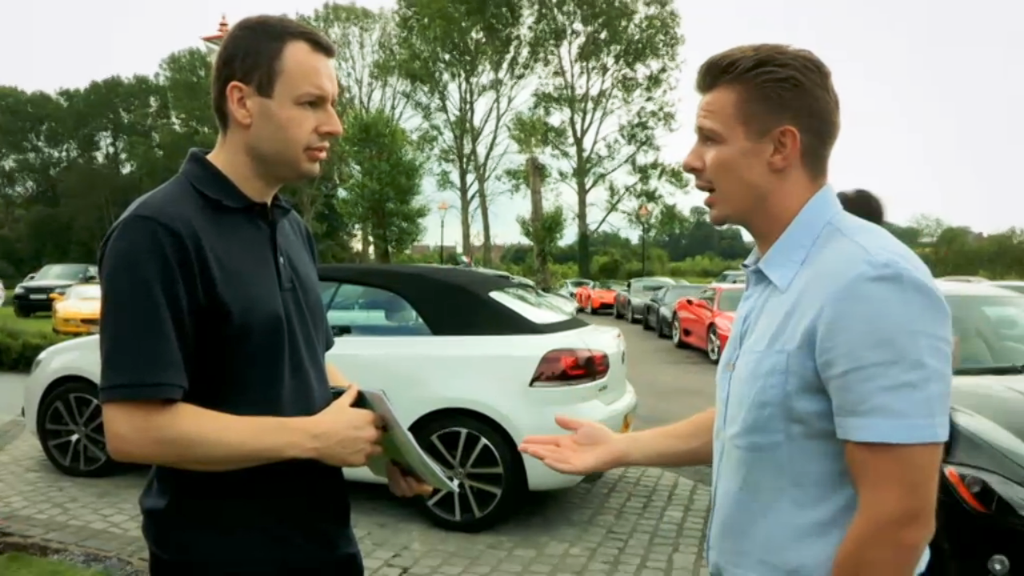 Carl can be heard saying to James: “So all I’m saying is, if you want to buy it you can – if you don’t want to, I’ve got it for sale anyway.”

Is James about to buy a Ferrari?!

Well, who wouldn’t, given the right opportunity?! But alas, I’m sorry to report that James wasn’t negotiating a deal on his very own supercar, but was actually discussing something more in line with his own business interests… a cherished number plate.

Tom Hartley Cars had recently taken a vehicle into stock that came complete with a personalised registration, and although the edit didn’t show this clearly, that was the actual focus of the conversation caught on camera! Carl, knowing that James works in this field, was seeing if he wanted to do a deal on the private number plate – rather than a car itself.

So while I’d love to reveal that the next time you see James, it’ll be behind the wheel of a Bentley, Lamborghini or something just as super, I’m afraid that the conversation’s context wasn’t really quite clear. No new car for James just yet.

As for the number plate in question… James decided it wasn’t the right kind of registration to have and hold onto until a buyer came along, but we feel sure that Carl’s well-taught selling skills will clinch a sale soon enough.