I had an interesting chat with a client last week. He has a philosophy that you get from life what you expect of it. His business is doing really well at the moment because as he says, he expects it to be doing well.

There is a lot of doom and gloom out there at the moment. Tales of woe are dominating conversations in pubs, at family gatherings and anywhere you care to look for them. My client said he decided to buy a private number plate, not so much because he wanted it, but just to let everyone know that he could afford to buy one! 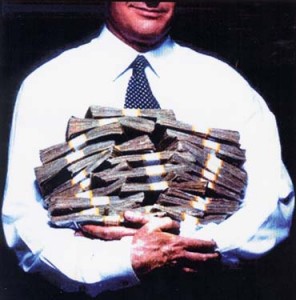 He went on to explain that more fortunes are made in bad economic times, than in good times. He insists all his employees are upbeat and positive which contributes to his dealership selling lots more cars than any other car showroom in the area.

I am really glad he made the decision to treat his car to a new look as it contributed to Simply Registrations having a fantastic month. During May the registrations TOY 350 and 9 CAG left our own stock portfolio. Deposits have also been taken against 97 GC, 92 GG and 6 ASK.

The precedent has been set; if your business is flourishing in these perceived tough times, buy yourself a private or personalised number plate. Even if you don’t really want one, it is the best way of letting your friends, neighbours and relatives know that money just isn’t an issue for you.

When we meet up with people we haven’t seen or spoken to in a while it is normal to ask how they are doing. This is often followed by; how is work? or, how is your business doing?

Whilst we don’t like to spread the doom and gloom at Simply Registrations, there is no escaping the fact that some people are having a tough time financially right now. There are certain factors which seem to have a major impact on how wealthy people feel. One such factor is the cost of fuel. Putting petrol or diesel in your car in the UK is costing you more than ever before. Gas and electric bills are also on the rise as is the cost of raw ingredients, which in turn means your weekly shop may be costing you a bit more than usual.

However, there are always people, businesses and even industries that seem to buck the trend. Surely you have heard about the success of Facebook? There are lots of technology companies growing their businesses and increasing their profits. Even the stock market has produced a few winners recently. Twenty thousand pounds invested in FTSE 100 constituent ARM Holdings a year ago, would today be worth over fifty-five thousand pounds.

I suppose it could be because there are people out there with sizeable chunks of money to spend who seem to do okay regardless of the financial times we live in. A successful business person with a large net worth can still splash out on the little luxuries in life. On the other hand, the middle income family who would normally be prime candidates for an attractive three letter, three number registration, are probably having to prioritise where their funds are spent at the moment.

So to answer the original question: how are things with the private number plates business? The answer depends on what sort of stock you are carrying and whether you are geared up to sell to the masses, or aiming to sell to the classes.

Love is a wonderful thing…that is how the song goes anyway. So what happens when it all goes wrong?

Imagine if your relationship with your loved one turned sour and subsequently passed the point of no return. What would be top of your list when it came to dividing the assets? Would your private number plate be up there?

For the purpose of this true story the names have been changed to protect the husband and wife whose relationship is sadly no more. We will refer to them as Cheryl and Ashley. 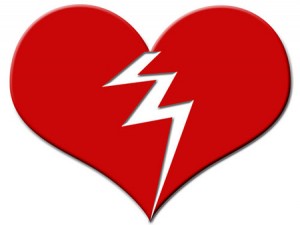 We received a call at Simply Registrations from Cheryl. She wanted to sell her personalised registration quickly and was asking for a sensible price. We are talking several thousand pounds just to give you an idea of the sum of money involved.

An agreement was reached and a member of our team drove to the leafy suburbs in a very nice part of Essex. The deal was done, Cheryl received her payment in cash as requested and we collected the DVLA document for the number plate.

Approximately three weeks later Cheryl telephoned our office again. The call went something like this:

“Hi it’s Cheryl. You bought a number plate from me a few weeks ago. It actually belonged to my soon to be ex-husband Ashley and he wants it back. I’ve given him your number but be warned, he is very angry”.

Later that day a man with a very serious sounding voice rang and informed us we had something that belonged to him and he wanted it back. It was Ashley. After some serious huffing and puffing, Ashley realised that we were not part of the plot to deprive him of his treasured personalised registration. In fact we would only be too delighted to reunite him with his prized possession; there was just the small matter of payment to be discussed.

Ashley wanted his registration plates back on his Porsche. He decided to buy back his registration and left other matters to be handled by the courts. We have left out the words he used to describe his soon to be ex-wife, but as you may imagine, they were not very complimentary. Thankfully Ashley was very grateful to Simply Registrations; he was reunited with the part of him he felt was missing and another happy client drove off into the sunset.

So what is the moral of this story? It is to remind owners of personalised registrations to keep their documents safe and to check the listings of number plates available on a regular basis. You never know, there could be one particular registration listed for sale at simplyregistrations.co.uk that you think belongs to you!

If you already have private number plates on your car, do you know the real reasons behind why you bought them? Did you secretly expect admirers to fall at your feet as you drove into the car park in your exclusive, limited edition supercar? Were you hoping that displaying an eye-catching personalised registration would roll back the years for you? Today we are investigating the real reasons why people buy the things that they do.

According to one presenter at a marketing seminar I attended last week, a purchase is the result of satisfying one of three things; a need, a want or a desire.

Personally I believe British motorists buy private number plates to satisfy a desire. The marketing expert went on to explain everything in more detail. Have a read of the points below and decide whether you agree with what she had to say.

Desires are the results of emotions. If a person has a strong, burning desire to satisfy, then logic no longer comes into the equation.

The desire contributors are:

Generally the types of purchases that fall into the desire category are niche products and services; items or experiences that cause people to pay over the odds to get what they really want.

Having read the list of desire contributors, can you think of a purchase that you may have made for one of the above reasons?

If you already own a personalised number plate, did any of the aforementioned factors influence your decision to buy?

I used to think that owning a personalised plate was all about satisfying an ego. Having attended the seminar I now realise we are all just trying to demonstrate affection and love.